A little more progress on the J4-Kalope. 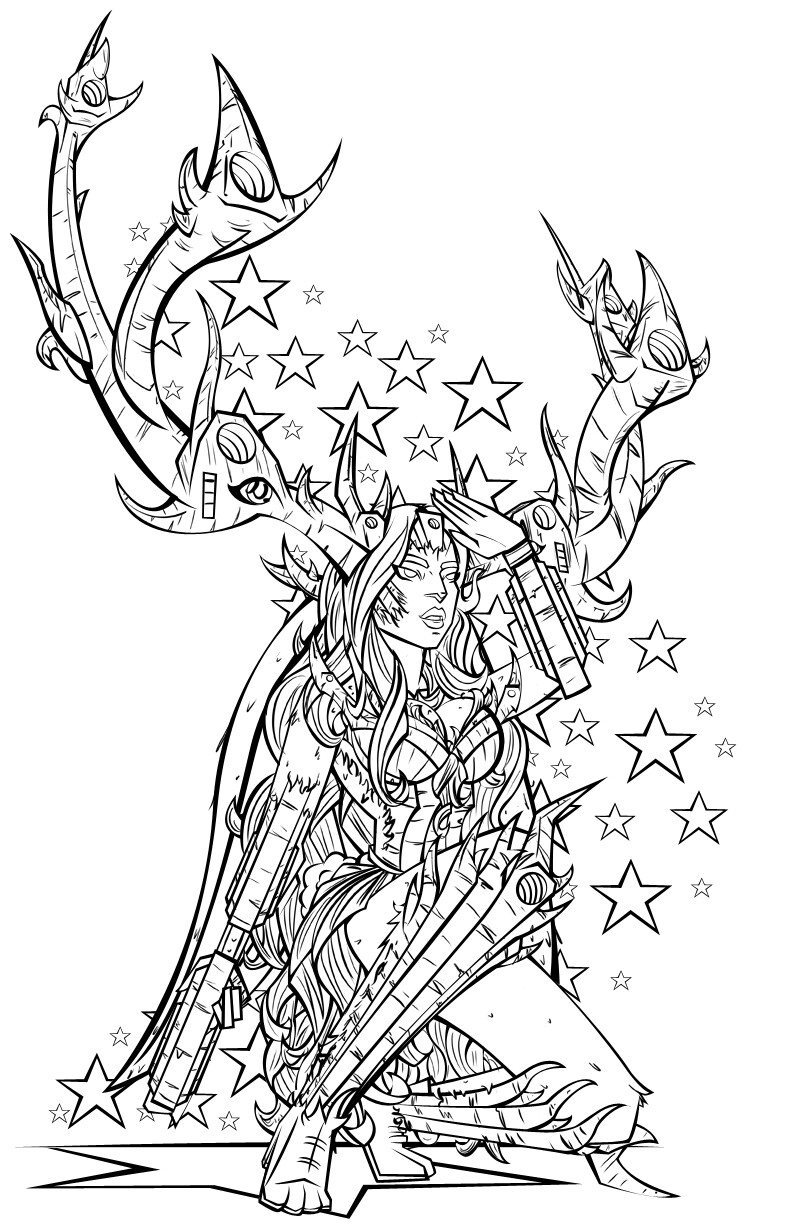 There are some substantial changes since the last image. Most noticeably in her head. I wasn't happy with her facial structure. The face was smooshed in an undesirable way and it felt small. I went though a few different ideas before settling on the current head. Her feet also changed and I think look better than their last incarnation.

Inking was done using both the pen tool and the brush tool. Detailing like this is usually kept on separate layers so I can easily select the areas I need for color. 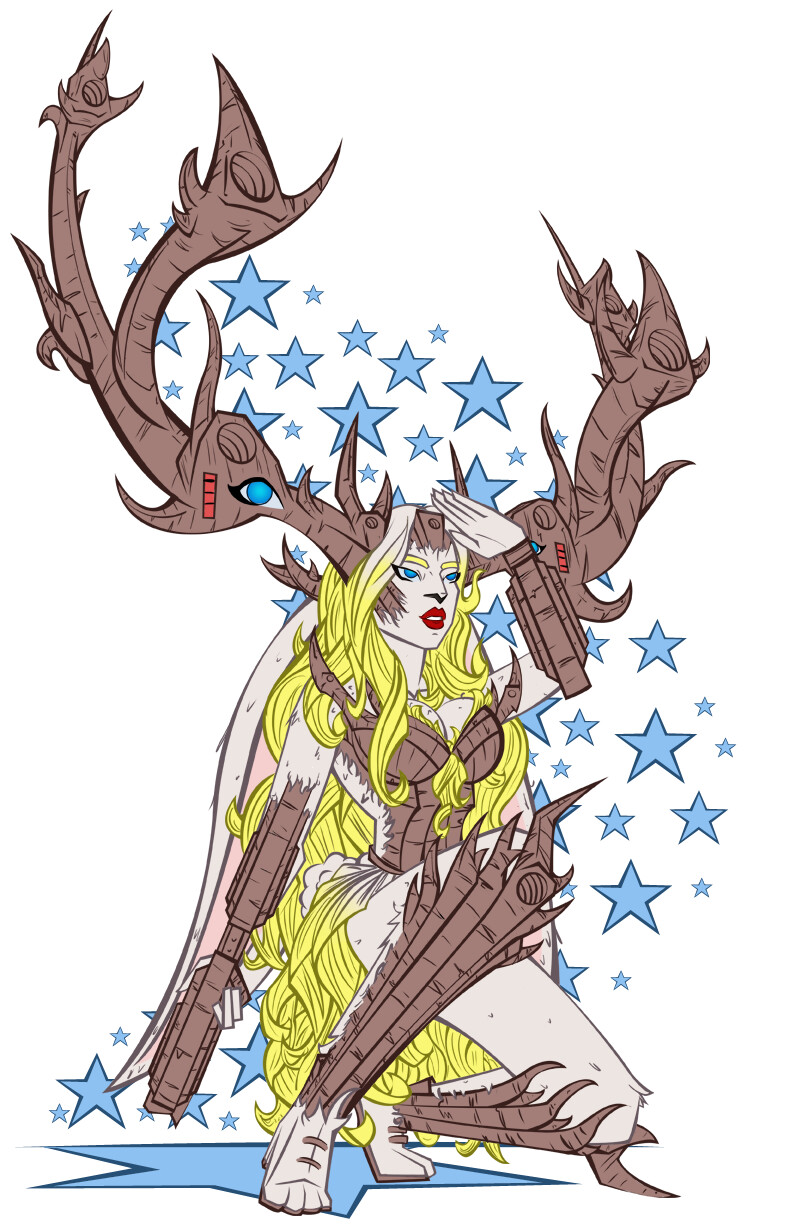 I wanted to use only a few colors for her. The Jackalopes I've "seen" tend to be white, so I kept that for her fur. Going with the "bombshell" idea, I gave her blonde hair and blue eyes. Her antlers I made a bit more reddish for both the "'Merica" idea, and the old west leather type clothing I used as inspiration. I gave a few gradients on her hair to show a transition from fur to actual hair.

Next comes the task of adding light and dark.